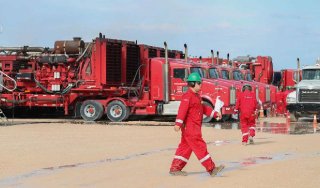 In a notice filed on Monday with the Colorado Department of Labor and Employment, Halliburton reported that the company laid 178 workers from its Grand Junction, Colo. office.

Company officials attributed the layoffs to "local market conditions." The layoffs come amid a slump in crude oil prices that have resulted in less drilling and hydraulic fracturing activity.

"Making this decision was not easy, nor taken lightly, but unfortunately it was necessary as we work to align our operations to reduced customer activity," the company said in a statement.

Halliburton officials confirmed that the Grand Junction layoffs were among 650 people laid off in Colorado, New Mexico, North Dakota and Wyoming.

The majority of those employees were given the option to relocate to other offices where more activity is anticipated, the company reported.