The slow but steady growth seen by the U.S. oil and gas industry throughout the final four months of 2020 intensified in January, as oil prices saw double-digit increases. 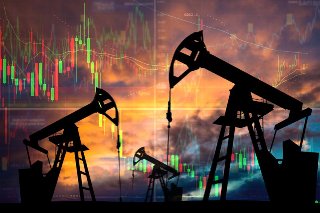 Since January 1, the price for West Texas Intermediate has risen from $48.52 to over $58 as of this writing on February 9, a gain of more than 20%. According to Otavio Costa, a portfolio manager at Crescat, this is the strongest year-to-date performance for crude oil prices in the last 30 years.

The stronger price scenario has, as it generally does, led to rising numbers of active drilling rigs and frac spreads in the U.S., as upstream companies redirect more capital spending to their drilling programs. Last week, Baker Hughes reported that its rig count rose for the 11th straight week, and 22nd of the last 23 weeks. The total number of active oil and gas rigs in the U.S. as of last Friday is now 392—or 398 less than the same week last year.

Thus, the industry has now recovered to almost half the active rigs of a year ago, but that is more than twice the number of rigs that were active as of September 1, 2020. That’s an obvious sign of recovery, and the same is true in the Primary Vision count of active frac spreads currently working. That count as of Feb. 5 sat at 175 active fracking crews and equipment arrays working in the U.S., up from 85 as of Sept. 1, but 45% below the level of a year ago.

So, while this is certainly not yet a return the boom times of 2017-2019, there is no question the industry has embarked on a strengthening recovery over the last 5 months.

This new paradigm has analysts growing more bullish on oil as a commodity and energy companies as investment opportunities, after several years of downgrading the sector. In its’ Sunday update, Sankey Research quotes DB Head Strategist Binky Chadha as being bullish on crude prices, saying that the Brent price should be at $65 based on recent movements in the U.S. dollar. Sankey also cites Chadha’s analysis as indicating Brent could reach $80 per barrel by year’s end.

With Saudi Arabia adding deeper production cuts of 1 million barrels of oil per day in February/March to the cuts already established in the OPEC+ agreement, Goldman Sachs GS +0.4% last week projected a global supply deficit of 900,000 bopd for the first half of 2021, which it said would lead to a Brent price of $65 by June.

Hedge funds have also turned bullish on oil in recent weeks, as rising global demand for crude has outpaced expectations. This bullishness is enhanced by the belief that the U.S. industry will not be able to ramp up production as it has in the past, due to the lingering impacts of the COVID-19 pandemic and the looming impacts of Biden administration energy and environmental policies.

David D. Tawil, co-founder at New York-based event-driven hedge fund, Maglan Capital, predicted the Brent price would rise to between $70 to $80 per barrel by the end of 2021. “By the summer, the vaccine should be widely provided and just in time for summer travel and I think things are going to go gangbusters,” he said.

As a result of all of these factors, we come down again to the question the U.S. industry faces whenever it moves into recovery mode: Will it overheat and drill itself out of prosperity one more time? That has been the pattern of this industry throughout its entire history, but some, like Tawil, believe that a variety of external factors could mitigate the industry’s ability to commit operational harikiri this time.

In addition to the regulatory and pandemic-related factors cited above, much will depend on pressure the upstream companies continue to receive from investors to focus capital spending on enhancing investor returns rather than ramping their drilling programs back up to 2019 levels. Believers in this line of thinking also point to pressure from environmentalists to push companies to place more focus on reducing their carbon footprints at the expense of drilling new wells.

Certainly, the logic behind such beliefs makes sense, but this is an industry whose instinctive behaviors are long-ingrained and difficult to change, especially since anti-trust laws prevent them from banding together as the OPEC+ countries do in an effort to control production and prices. The simple reality is that upstream companies exist to drill wells and produce oil and natural gas. That is why they are in business.

The EIA’s estimate for daily oil production in the United States for the week ending January 29 was 10.9 million barrels. That’s 2.2 million bopd less than the all-time high reached early last year, but 1.2 million above the 2020 nadir reached last August of 9.7 million bopd. So, the U.S. industry has already recovered 1/3rd of the overall production it lost during the depths of the COVID-related bust in just five months.

Upstream operators will no doubt recover more of that production loss in the months to come, but must force themselves to control the pace of that recovery to avoid creating yet another bust. Whether they can collectively summon up such self-control is an open question. We will know the answer by the end of 2021.