Around 200 workers on a Petronas oil rig have been left stranded in the Andaman Sea since the Myanmar military staged a coup earlier this week. 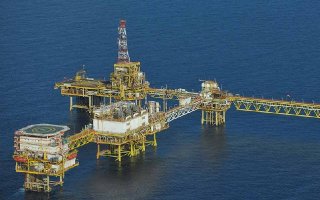 Mingguan Malaysia reported that workers on the Yetagun oil rig have lost contact with ground control and the Malaysian embassy since Monday.

One worker, who has been on the platform for four months, expressed concern over their declining food and gas supplies, which are only expected to last them until Feb 10 or 11.

According to the staff member, all workers were hired by a contractor working for Petronas and have had to stay out at sea longer than the usual 40-day period since the Covid-19 pandemic.

While some of them have successfully been sent ashore, many were still waiting for a helicopter to pick them up.

“There are no helicopters now; we believe they are under the control of the Myanmar junta. We have no idea what’s happening over there,” said the worker.

Given the current health crisis, the coup and several visa issues, the worker called on the government or their employers to take action before the situation worsened.

Along with the imposition of military rule, a state of emergency has been declared for one year and communication networks have been disrupted.

FMT has reached out to the foreign affairs ministry and Petronas for comment.