ConocoPhillips Alaska on Wednesday said it will resume Alaska drilling projects using four rigs starting in mid-December, bringing back several hundred jobs amid reductions that began as the COVID-19 pandemic contributed to a drop in oil prices this spring. 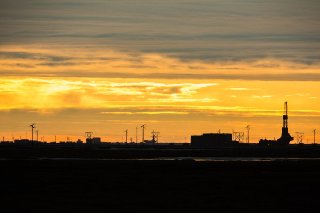 The company said the North Slope projects include:

• A rig working in the Greater Mooses Tooth 2 Unit.

ConocoPhillips announced in early April that it would demobilize its North Slope drilling-rig fleet to help protect workers during the COVID-19 pandemic. It temporarily cut North Slope production in June, citing low oil prices. It reported losing $1.5 billion worldwide through June this year, including $60 million in Alaska.

The Alaska oil and gas industry this year has shed about 3,100 jobs, close to one-third of the workforce in January.

ConocoPhillips is Alaska’s largest oil producer, with 218,000 barrels of oil produced daily in 2019. The company also has new projects planned on the North Slope’s western frontier for oil development.

ConocoPhillips Alaska president Joe Marushack had previously warned that another factor, the potential for Alaska voters to approve a citizen-led oil tax increase on Nov. 3, could force the oil company to keep most of its drill rigs idle.

On Wednesday Marushack spoke at the Resource Development Council’s annual meeting, which is being held virtually this year. He cited the defeat of Ballot Measure 1 as the primary factor for the resumption of the drilling plans.

An operating rig can employ about 100 people, he said.

Larry Persily, who has worked on oil and gas issues for the state, federal government and municipalities, said the defeat of the ballot measure was surely a factor in ConocoPhillips’ thinking. But he said there were likely other factors, including higher, stabilizing oil prices and the company’s promising oil prospects in Alaska.

Persily said the company has a motivating factor to highlight the measure’s defeat as the key reason for resuming drilling.