The North Sea’s workforce has fallen by 40% within two weeks as oil companies cut the size of their offshore oil rig teams to help stem the spread of the coronavirus. 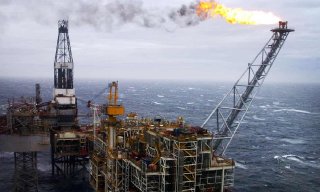 More than 4,000 rig contractors have been cut in the wake of the UK lockdown, during a difficult year for the oil industry after the collapse of global oil prices.

The UK oil company Cairn Energy became the latest North Sea oil producer to scale back spending plans. It told investors on Friday it planned to cut its budget for the year by almost a quarter to weather the oil price crisis.

Cairn will shave $20m (£16m) from its North Sea spending plans to $45m, and will reduce its capital expenditure in Senegal by $70m to less than $330m. The company also plans to cut spending on exploring for new oil and gas reserves by a third, to $100m.

Similar spending cuts have been made by most major oil companies, which is likely to deal a blow to the engineering and equipment services companies which support major oil projects.

Industry trade unions and the Scottish Trades Union Congress are due to meet Scotland’s energy minister, Paul Wheelhouse, later on Friday to discuss plans to future-proof the skilled workforce.

Mick Cash, the general secretary of the RMT trade union, said there had been “a gaping hole” in the government’s response to the offshore impact of the coronavirus.

“Employers have failed to engage with offshore trade unions over standardising the industry’s response to coronavirus, even when there have been cases diagnosed on North Sea platforms, yet the UK government stands by and watches thousands of skilled energy workers being dumped without any comment whatsoever,” he said.

Weir Group, a FTSE 250 engineering services firm, said on Thursday it would cut its dividend amid fears that oilfield service companies would be the first to bear the brunt of the downturn. James Fisher & Sons, which supplies equipment to offshore projects, said it would suspend its final dividend and cut spending, including a freeze on directors’ salaries.