Jack-up barge said to be working on sub-contract from Saipem, the key contractor for Qatargas’ Barzan pipeline replacement project 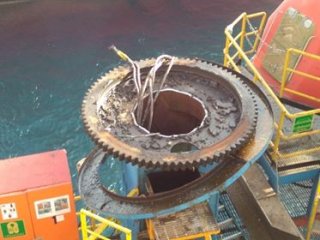 One person is believed to have died on board the jack-up barge Seafox Deema when one of the vessel’s cranes collapsed into the water off Qatar this week.

One person said the crane operator working on the vessel died when the crane collapsed into the water, while it was lifting a pipe.

“A crane from jack-up barge Deema was lifting some pipe spools from an offshore support vessel. The crane failed and toppled into the water with the boom and cabin,” he said.

A diving operation followed, which later confirmed the fatality, as the crane operator was unresponsive, he added.

One unconfirmed source claimed the deceased was a 34-year old Indian national.

A second person said work on the Seafox Deema vessel has been stalled temporarily following the incident.

However, no damage has been reported on the topsides and subsea assets involving the Barzan project, he added.

Upstream has sought responses from Seafox, Saipem and Qatargas on the incident.

It was converted to a self-elevating jack-up in 1990 by Lamprell in Sharjah, United Arab Emirates, and was subsequently upgraded there in 1998.

The vessel has a maximum person-on-board capacity of 470 and can operate in water depths up to 190 feet (58 metres), according to the company website.

Seafox Deema has three cranes, with a maximum lift of 200 tonnes. 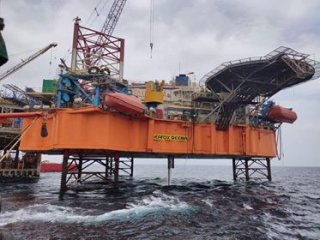 Upstream in 2018 had reported that Saipem was set to win a $1 billion-plus offshore pipeline contract from Qatargas, involving its much delayed Barzan gas project in Qatar's giant North Field.

The Italian contractor landed the key Barzan project in 2018 and has been working on the pipeline project.

The $10 billion-plus Barzan gas development is being carried out by RasGas (now merged with Qatargas) and US supermajor ExxonMobil.

State-owned player Qatar Petroleum and ExxonMobil signed agreements confirming the Barzan project in 2011. The scheme involves a mix of offshore as well as onshore facilities.

The Barzan project is expected to boost gas production capacity by 2 billion cubic feet per day, as Qatar prepares to meet rising demand ahead of the 2022 football World Cup.

Much of Barzan's production is likely to be used to provide feedstock for Qatar's domestic power and water sectors.