Apache Corp. is laying off 85 employees in Midland in response to the oil crash. 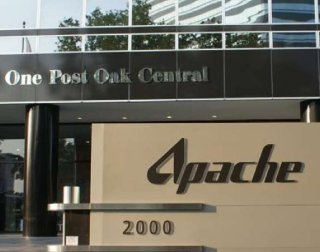 The Houston oil and gas producer told state workforce officials on Thursday that its layoffs began Wednesday and will continue through May 18. The affected employees work at Apache’s facility at 303 Veterans Airpark Lane.

The move comes after Apache cut $650 million, or about a third, from its capital budget used to fund oil exploration and production. The company also cut its quarterly dividend by 90 percent to 2.5 cents per share, down from 25 cents.

“We are significantly reducing our planned rig count and well completions for the remainder of the year, and our capital spending plan will remain flexible based on market conditions,” Apache Chief Executive John Christmann IV said in a statement last week.

U.S. oil and gas producers are slashing spending on new wells, furloughing and laying off workers after oil prices collapsed Wednesday into the $20 range. Apache and eight other of the most prolific shale drillers in the Permian Basin have cut $9.2 billion from their planned capital budget for this year, portending a sharp decline in drilling activity and layoffs.

Apache reduced its 2020 capital budget to about $1.1 billion, down from about $1.75 billion. The company will idle all of its rigs in the Permian Basin of West Texas, and reduce its drilling activity in Egypt and the North Sea. It expects to save $340 million in cash by reducing its dividend.

West Texas Intermediate crude is trading around $25 midday Friday, down more than 3 percent.