Irving oil company Pioneer Natural Resources is cutting its 2020 budget in nearly half as crude prices slipped below $30 per barrel. 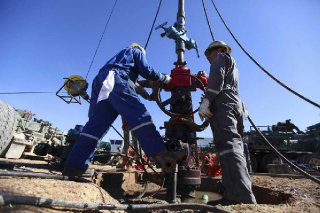 The exploration and production company said late Monday afternoon that it plans to spend between $1.7 billion to $1.9 billion on drilling, hydraulic fracturing and other capital projects in 2020. The figure marks a 45 percent reduction of the company's previously announced budget.

Some $100 million of the budget has been earmarked for projects to source and move freshwater for its operations as well as move and dispose of oilfield wastewater. The company plans to cut the number of drilling rigs it uses in in half from 22 to 11 over the next two months.

"Our balance sheet is among the best in the energy sector and provides us ample financial flexibility to manage through a period of prolonged low oil prices," Poineer Natural Resources CEO Scott Sheffeld said.

Pioneer Natural Resources made the announcement at a time when many other exploration and production companies are cutting their drilling budgets in response to rapidly falling oil prices. West Texas Intermediate crude oil closed trading at $28.70 per barrel on Monday afternoon.

A showdown between Russia and Saudi Arabia has created a global supply glut while the coronavirus outbreak has lowered global demand.

With more than 380 drilling permits filed in 2019, Pioneer Natural Resources is ranked as the fifth most-active driller in Texas. The company owns and operates oil leases in the Permian Basin of West Texas and the Eagle Ford Shale of South Texas.