Federal officials are stepping into an investigation of an accident at a Chesapeake Energy oil well that left three men dead and another hospitalized. 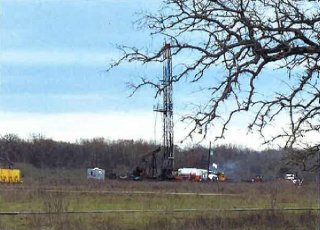 In a Monday statement, the U.S. Chemical Safety and Hazard Investigation Board announced it has deployed a team to investigate the fatal Jan. 30 accident in Burleson County that killed three workers and left one hospitalized.

Known as the CSB, the federal agency was launched in 1998 to investigate accidents and to determine the conditions and circumstances that led up to them. As part of its work, the agency identifies the cause or causes of accidents so that similar events might be prevented.

The federal investigation will run alongside ones being conducted by state and local authorities.

In a court filing, family members reported that 38-year-old Windell Beddingfield of Tyler died at the scene.

The identity of the second worker who died has not been released but family members of 25-year-old Brian Maldonado reported that the San Diego, Texas died in the hospital on Saturday.

Investigators believe that an unexpected amount of natural gas entered the well and ignited. What caused the ignition remains under investigation.

Beddingfield and the second man who died worked for Eagle Pressure Control while Maldonado worked for C.C. Forbes. The companies could not immediately be reached comment about the federal investigation.