About 370 jobs have been cut at Husky Energy Inc. this year with most of the reductions coming in a major round of layoffs in October, CEO Rob Peabody revealed on a conference call Monday to discuss the company's guidance for 2020 and 2021. 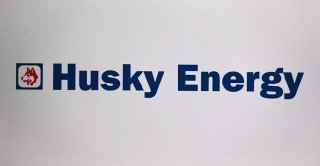 The Calgary-based company had refused previously to say how many workers were affected by job cuts designed to better align its workforce with lower capital spending plans going forward.

"What we're seeing is that (the reductions) will generate forward savings of about $70 million ... per year," said Peabody, adding the company will take a charge against earnings of $70 million in the fourth quarter to account for the cuts.

"We're going to continue those efforts to capitalize on the fact we've created a more focused and a simpler company."

Capital spending for 2020 and 2021 is being cut by $500 million compared with guidance released last spring due to what Husky called changing market conditions.

The savings next year will mainly come from lower spending on cold flow heavy oil projects in Western Canada but production will increase by about four per cent thanks to the startup of two thermal heavy oil projects near Lloydminster, Sask., that use steam to aid flow from wells.

That includes about 5,000 barrels of oil per day in the first half of the year expected to be interrupted by the Alberta government's oil curtailment program and planned maintenance activities, Husky said.

Capital spending for 2020 will focus on the thermal projects, its Liuhua 29-1 offshore natural gas project in China and construction of the West White Rose Project in the Atlantic region, Husky said.

Production is expected to rise about about 10 per cent in 2021 as new projects come on stream.

Husky said it expects to spend about $500 million next year related to the ongoing rebuild of its Superior Refinery in Wisconsin, which was partly destroyed by a fire in April 2018.

On the call, Peabody said about US$150 million of the estimated total US$750 million cost of the Superior rebuilding project will go to enhanced safety and throughput measures that will not be covered by insurance, but the remainder is covered and is therefore not included in the capital budget.

Husky, which is controlled by Hong Kong billionaire Li Ka-Shing, is basing its capital plan on an oil price of US$55 per barrel of West Texas Intermediate for 2020 and US$60 in 2021.

Its shares were little changed on Monday, having dropped by about one per cent in early afternoon trading. They have fallen by more than 42 per cent in the past 12 months.