Hilcorp Energy Co. and one of its drilling contractors have each paid fines of $25,000 or more after a worker died at a company drilling rig on Alaska’s North Slope, officials said. 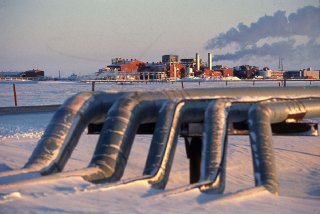 An internal investigation by the companies found the rig’s operator accidentally opened a set of hydraulic jaws and dropped the 31-foot (9.45-meter) pipe section on Huber. The report submitted to Alaska workplace safety regulators said the operator was distracted while training a colleague.

Hilcorp paid $25,000 in state-assessed penalties six months later for violating a pair of safety regulations, including one stating employers should not allow rig workers to stand or pass under “suspended loads,” and another requiring appropriate disinfectant to be used after a blood spill.

A Hilcorp supervisor instructed workers to clean the accident area, including some who were not wearing gloves, potentially exposing them to bloodborne illnesses, the state investigator’s report said.

Hilcorp contractor Kuukpik Drilling paid a $30,000 fine for five violations. They included two that were identical to those of Hilcorp, as well as two more related to unsafe stepladder use and another for failure to protect Huber from job hazards, officials said.

BP announced plans in August to sell its Alaska assets to Hilcorp for $5.6 billion. The companies expect to finalize the deal next year, giving Hilcorp a major stake in the Prudhoe Bay field and the trans-Alaska pipeline, two major projects in Alaska’s oil industry.

If approved by the Regulatory Commission of Alaska, Hilcorp would gain a 48% stake in the pipeline and operator Alyeska Pipeline Service Company, which is a larger share than pipeline co-owners ConocoPhillips and ExxonMobil.