One of the many idiocies of the “Green New Deal” and other such anti-fossil fuel crusades is that all of this arrives on the political scene at a time when the price of producing energy from fossil fuels is lower than at any time before in human history. 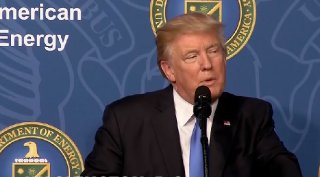 The Wall Street Journal reported last week that natural gas prices “in Europe and Asia have plummeted this year to historic lows.” Meanwhile in the United States, the natural gas price is flirting with a price of $2 per million BTUs. This means natural gas prices have fallen by 80% since 2005 and the advent of the shale gas revolution.

What is wonderful about this story is that U.S. production from places like Ohio and Pennsylvania and the Marcellus Shale is what is driving down worldwide prices. America is now the OPEC of natural gas production as our exports surge.

The production bonanza due to technologies like fracking and horizontal drilling continues to make America rich while it has shifted the geopolitics of the global energy story away from the Middle East and Russia. And America’s energy supplies are effectively a bottomless pool — with hundreds of years of reserves with existing drilling capabilities. No, we are not running out of fossil fuels.

The U.S. and worldwide shift to natural gas is reducing carbon emissions that are said to contribute to global warming. America’s emissions have fallen more than any industrial nation’s in the last two years. The per household annual savings are in the hundreds of dollars per year. Cheap gas is like a tax cut. What should policymakers conclude about this multitrillion-dollar gift of energy wealth that God has endowed America with?

First, the “keep it in the ground” mentality of the left — just last week supported by the editorial page of media outlets like USA Today — is looney-tunes. These assets could continue to increase America’s GDP by hundreds of billions of dollars a year for at least the next half-century. The war-on-fossil-fuels mentality would deprive American firms, workers and the government of trillions of dollars in income and wages.

Some of this increase in wealth could and likely would be devoted to combating climate change without submerging our economy. History demonstrates over and over that making a country richer increases its level of environmental protection.

Why does Washington continue to spend tens of billions in tax dollars looking for inferior alternatives?

We’ve been promised for 30 years that wind and solar energy will be the power sources of the future, and yet when the massive tax subsidies are threatened to be taken away, the industry flacks pout that this will be the death of the industry. These are the infant energy sources that never leave the federal nest.

Zero subsidies should be the rallying cry of sound 21st-century American energy policy. If the Europeans and Chinese want to spend money on expensive and inefficient energy sources, they should be our guests. If America uses energy from natural gas that is one-half to one-third as expensive as green energy, it’s one of the best ways to make American manufacturing, technology, steel and agriculture the cheapest and most productive in the world. It’s also a smart way to keep making America great again.