An oilfield company was ordered to pay more than $2 million in damages after pleading guilty to a federal charge related to an accident at its western North Dakota facility that killed a war veteran. 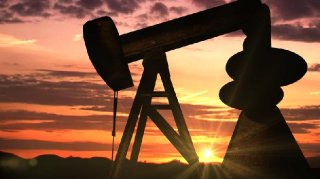 Dustin Payne, 28, was working in the company’s Williston facility when a tank exploded in October of 2014 and he was fatally injured, according to the United States Department of Justice.

At the time of the deadly incident, the company was called Nabors Completion and Production Services.

Payne was a U.S. Marine Corps veteran who did tours in Iraq and Afghanistan. Despite surviving two wars, Payne died after moving to North Dakota to work in the booming oil industry.

“Companies have an obligation to educate North Dakota workers and when they fail to meet those obligations, we will hold them accountable,” U.S. Attorney Drew H. Wrigley of North Dakota said.

The successor to NCPS, C&J Well Services, pleaded guilty Wednesday in federal court to a willful violation of the statue requiring that tanks be cleaned before welding.

U.S. District Judge Daniel L. Hovland sentenced C&J to pay a $500,000 file, $1.6 million in restitution to the victim’s estate, and a three-year term of probation.

During the probation period, the company must allow the Occupational Safety and Health Administration (OSHA) to “inspect its facilities and equipment across the country without a warrant, without advance notice and without a specified inspection reason,” according to the media release.

Federal law makes it illegal to weld on tanks or containers that haven’t been thoroughly cleaned.

“Employers that willfully fail to follow workplace safety laws will be prosecuted to the fullest extent of the law,” Assistant Attorney General Jeffrey Bossert Clark for the Justice Department’s Environment and Natural Resources Division said.