The Permian Basin continues to exceed state and even national rates of growth, and unfortunately that also applies to drug and alcohol abuse. 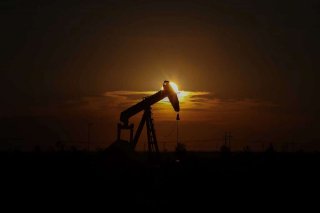 Rhonda Murphy, office manager in the Midland office of Drug Screen Compliance, said that the positivity rate for drug tests nationwide is 9 percent. But in the Permian Basin, it's 18 percent.

She said marijuana is the most frequent to show up in positive tests, followed by cocaine. Methamphetamines and opiates trade the third and fourth spots, she said.

Nationwide, the positivity rate has soared 51 percent, but Murphy explained that was because the U.S. Department of Transportation added new screening panels for oxycodone, oxymorphone, hydrocodone and hydromorphone.

In the thriving Permian Basin, Murphy speculated that some truck drivers may use drugs to help them navigate long hours and many consecutive days at work, so they can earn overtime. But then, she said, the script flips so they're working overtime to earn money to buy drugs.

She said everyone thinks of truck drivers, but truck drivers are only one of six entities under the Department of Transportation that must undergo drug testing. Others include the Pipeline and Hazardous Materials Safety Administration, Federal Railroad Administration and the U.S. Coast Guard. And the DOT is only one of three federal entities that test for drugs, she said.

The issue has attracted attention. As the staff prepared to celebrate the 25th anniversary of the West Texas Safety Training Center, they decided addiction should be the focus of the keynote address.

"Here we are in 2019, and drugs have crept deeper and deeper into our workplaces. Drugs have caused injuries and accidents," said Phil Young, president and chief executive officer of the center.

"Drugs and alcohol are a very touchy subject. Companies say, 'It never happens here.' But on a day-to-day basis, I've seen first-hand the last two years -- from the very top to the very bottom, I've seen addiction," said Pierce, addressing the annual meeting of the West Texas Safety Training Center recently at the MCM Elegante Hotel.

Murphy said that drug use may actually be more widespread than believed because "we're not testing people who are unemployed."

Noting that he used heroin for 15 years as he worked his way up the ranks of the oil and gas industry, Pierce said he thought he was special because he was making $100,000 a year in the industry. After he got sober, he spent nine months working at Domino's before being offered a job at Springboard.

It was something as small as "a change in attitude" like working at Domino's that made a difference, he said.

He said there were drug tests and other attempts to detect use of drugs and alcohol during his time in the oil field services industry, but "there are people you can hire to keep your career on track" by helping fake drug tests. "That's a loophole people exploit."

The Permian Basin oil and gas industry is "amazing. We're setting the standards for the world," said Pierce. But "we have the highest driving while intoxicated rate in the state of Texas here. Alcohol is raging, and people need to pay attention to what's going on."

He urged companies to implement an open-door policy when it comes to addiction. "I'm an advocate for addicts. There (are) people that can help. Addicts need to be able to go in and say 'I'm drinking a lot. I love my job, but I need help.'"

Having that open-door policy "opens a dialogue and makes a person feel that much safer in opening up," Pierce said. He said the energy industry is getting better about that openness but "it's a work in progress."

Murphy recommends that companies send supervisors to her company's "reasonable suspicion" classes to learn how to approach employees they suspect are using. The company can also provide information on how to react to positive results from random tests so "they're not willy-nilly firing people."

She said local companies need to be more responsive and proactive about drug testing, not just pre-employment testing but randomly testing employees throughout their employment.

"Companies realize it's up to them to get ahead of the issue," she said.