An appeals court has denied a petition to move a lawsuit to Mexico that was brought against an oil rig manufacturer involved in a fatal accident it is accused of causing. 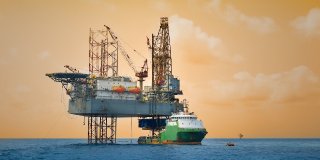 According to the May 9 filing, Friede & Goldman, Ltd. and ABS Entities petitioned the Texas First Court of Appeals for a writ of mandamus and asked the court to grant its motion to dismiss the underlying lawsuit for forum non convenience.

Friede & Goldman and ABS Entities stated the court “abused its discretion by denying their joint motion to dismiss because Texas is an inconvenient forum for the lawsuit,” according to the filing. FGL and ABS Entities made a motion for dismissal on the grounds that the “suit should be dismissed for refiling in a court in Mexico. The trial court denied the motion without explanation,” according to the filing.

The lawsuit was filed by 44 plaintiffs in Harris County District Court after the oil rig Troll Solution, known as a “jack-up rig,” listed and fell beneath the water’s surface while employees were working on an offshore oil well in the Bay of Campeche, according to the filing. One worker died and 41 of the plaintiffs were onboard during the incident.

Two of the plaintiffs are the children of the deceased worker and one is his estate representative, according to the filing. The worker plaintiffs consist of 39 from Mexico, one from Poland and one from India. They all worked for employers based in Mexico and received healthcare and treatment in Mexico.

The lawsuit also alleges that Troll Solution“was defectively designed, in that it was unreasonably dangerous when sold and marketed by defendants . . . .” The plaintiffs allege that FGL’s faulty design of the Troll Solution caused the damage, and that the company was “negligent in [their] inspection, review, and classification” of the oil rig before it started being used, according to the filing.

The First District of Texas court found that there “is no great weight of evidence here which compels retaining this suit in Houston or dismissing it for refiling in Mexico, noting that “all the factors do not conclusively favor the alternative forum and we cannot say that the trial court abused its discretion in the denying,” according to the filing. The court denied the petition and ruled all pending motions as moot.