The release last week of revisions to the Bureau of Safety and Environmental Enforcement Well Control Rule is, according to the American Petroleum Institute, a part of an ongoing effort that has strengthened industry’s actions on safe operations and a regulatory framework that promotes updated, modern, and safe technologies, industry best practices, and operations. 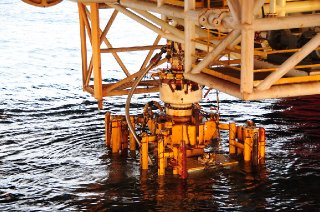 “The safety of our workers, our operations and our communities, along with protection of the environment, is the oil and natural gas industry’s number one priority. Offshore production delivers billions of dollars to the federal treasury and has created thousands upon thousands of jobs throughout the Gulf Coast as well as in states far removed from production activities, where American families and state budgets depend on reliable and abundant energy sources to meet consumer demand and to drive the economy.”

The Federal Register lists the new rulemaking as follows;

Purpose and Summary of the Rulemaking

This proposed rule would amend and update certain provision of the Blowout Preventer Systems and Well Control regulations and update the regulations to better implement BSEE policy. This proposed rule would fortify the Administration's position towards facilitating energy dominance leading to increased domestic oil and gas production, and reduce unnecessary burdens on stakeholders while ensuring safety and environmental protection. Since 2010, BSEE has promulgated many rulemakings (e.g., Safety and Environmental Management Systems (SEMS) I and II, the final safety measures rule, and the production safety systems final rule) to improve worker safety and environmental protection. Additionally, on April 29, 2016, BSEE published a final rule to consolidate into one part the equipment and operational requirements that were found in various parts of BSEE's regulations pertaining to well control for offshore oil and gas drilling, completions, workovers, and decommissioning (81 FR 25888). That final rule addressed issues relating to Start Printed Page 22130BOP and well-control requirements. More specifically, the final rule incorporated industry standards; adopted reforms to well design, well control, casing, cementing, real-time well monitoring, and subsea containment requirements; and implemented many of the recommendations resulting from various investigations of the Deepwater Horizon incident. Most of the provisions of that rulemaking became effective on July 28, 2016.

Since the time the Blowout Preventer Systems and Well Control regulations took effect, oil and natural gas operators have raised various concerns, and BSEE has identified issues during the implementation of the recent rulemaking. The concerns and issues involve certain regulatory provisions that impose undue burdens on oil and natural gas operators, but do not significantly enhance worker safety or environmental protection. BSEE understands the concerns that have been raised, but BSEE also fully recognizes that the BOP and other well-control requirements are critical components in ensuring safety and environmental protection. After thoroughly reexamining the Blowout Preventer Systems and Well Control regulations, BSEE has identified those provisions that can be amended, revised, or removed to reduce significant burdens on oil and natural gas operators on the OCS while ensuring safety and environmental protection. In keeping with the Executive and Secretary's Orders, BSEE undertook a review of the 2016 Well Control Final Rule with a view toward the policy direction of encouraging energy exploration and production on the OCS and reducing unnecessary regulatory burdens while ensuring that any such activity is safe and environmentally responsible. BSEE carefully analyzed all 342 provisions of the 2016 Well Control Final Rule, and determined that only 59 of those provisions—or less than 18% of the 2016 Rule—were appropriate for revision. In the process, BSEE compared each of the proposed changes to the 424 recommendations arising from 26 separate reports from 14 different organizations developed in the wake of and response to the Deepwater Horizon disaster, and determined that none of the proposed changes ignores or contradicts any of those recommendations, or would alter any provision of the 2016 Well Control Final Rule in a way that would make the result inconsistent with those recommendations. Further, nothing in this proposed rule would alter any elements of other rules promulgated since Deepwater Horizon, including the Drilling Safety Rule (Oct. 2010), SEMS I (Oct. 2010), and SEMS II (April 2013). BSEE's review has been thorough, careful, and tailored to the task of reducing unnecessary regulatory burdens while ensuring that OCS activity is safe and environmentally responsible.

This rulemaking would revise current regulations that impact offshore oil and gas drilling, completions, workovers, and decommissioning activities. The proposed regulations would also address various issues that were identified during the implementation of the current Blowout Preventer Systems and Well Control regulations, as well as numerous questions that have required substantial informal guidance from BSEE regarding the interpretation and application of the provisions. For example, this proposed rulemaking would:

Clarify and revise the requirements for certain submittals to BSEE to eliminate redundant and unnecessary reporting.

Revise section 250.723 by removing references to lift boats from the section.

Replace the use of a BSEE approved verification organization (BAVO) with the use of an independent third party for certain certifications and verifications of BOP systems and components, and remove the requirement to have a BAVO submit a Mechanical Integrity Assessment report for the BOP stack and system.

Include coiled tubing and snubbing requirements in Subpart G.

Revise the text to ensure consistency and conformity across the applicable sections of the regulations.