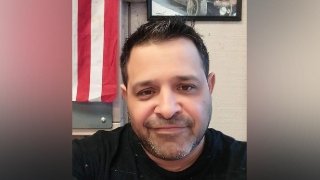 At about 3:39 p.m., Adolfo Garza of Raymondville died after an accident at an oil field rig in Rankin, according to Dusty Kilgore, an investigator with the Upton County Sheriff’s Department.

Garza was pronounced dead at the scene, according to Garza's family.

The cause of death remains unclear as the Upton County Sheriff’s Department continues to investigate the case.

The incident occurred at an oil field rig owned by Patterson-UTI Drilling, according to Kilgore.

A company spokesperson released the following statement to CBS 4 News:

"Patterson-UTI Drilling extends its deepest condolences to those impacted by this tragic accident. Our hearts and prayers are with the family. We take this incident and our commitment to safe and responsible operations very seriously.”

Any Regrets That You Voted for Trump?

200 days in office and President Trump has faced some stiff opposition in pretty much everything. Do you have any regrets that you cast a vote for him?