During the morning of January 22nd around 8:45 am a crew of 5 workers manning the drilling rig floor of Patterson UTI Rig #219 were tragically killed during a fiery explosion in the deadliest oilfield disaster since the 2010 Macondo Deepwater Horizon. The following is an attempt to understand the cause.

An incident report released by the Oklahoma Corporation Commission on Tuesday indicated the explosion was caused by and uncontrolled release of gas that ignited despite one workers attempt to shut the well in.


OCC Findings are as follows:

1/23/2018: At approximately 8:45 AM January 22, 2018 authorities were notified of a well fire at the Pryor Trust 1H-9 in Pittsburg County. Patterson rig 219 was on fire from uncontrolled gas release. Employee attempted to close blind rams and shut off well. Scene was secured by Emergency Management Systems personnel. Boots and Coots well control specialist shut well in at approximately 4:00 PM on same day. Contaminated water from diesel and drilling fluids migrated off location to the East into ditch along county road

Recommendations:  Operator is to remove all freestanding contaminants from location and runoff. Soil sample affected areas to determine the extent of pollution. Kill well with heavy drilling mud. Operator requested plugging instructions to control wellbore until future work can proceed. Set bottom cement plug from 7,087’ to 6,787’; intermediate plug from 5,000’ to 4,700’; top plug from 2,445’ to 2,145’. Tag each plug to verify depth. Well is to be stabilized with heavy mud and set cement plugs as soon as possible. Soil samples are to be taken no later than February 23, 2018 per OCC rules and regulations.

The operator of the well is Red Mountain Energy. News reports indicate the incident occurred at a measured depth of around 13,500 ft and a well plan of 17,855 ft.  The curve was somewhere around 7000' ( See Drilling Permit) ( See Application To Drill) (See Notification Of Well Spud)

Operations at the time of the explosion were reportedly TOH or "tripping out of the hole".

After the flames subsided rescue workers were able to recover the bodies of the 5 men in the Doghouse area. 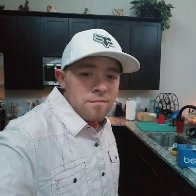 Cody Risk, a floorhand, was the youngest of the victims. Cody began work for Patterson UTI just weeks earlier.

It's reported that the derrickman escaped using the Geronimo.

A few sources have shared the following:

While tripping out of the hole the pits were gaining so much mud that they had to transfer the excess to make room in the pits.

They thought the well was ballooning

After getting the bit on the bank the blind rams were shut as workers changed out the bottom hole assembly.

When the blind rams were opened the explosion occurred.

These accounts leave as many questions as answers

How could 3 men experienced in well control keep pulling pipe when the well was NOT taking fill but flowing SO MUCH that mud had to be transferred?

Why would they open the blind rams without first opening the HCR and monitoring the pressure at the closed chokes? (Relieving this pressure at the chokes alone would have saved the lives of everyone involved.)

Did these 4 men have the necessary and current well control certification?

Were they ordered to keep tripping while this well was flowing by superiors in a remote office somewhere?

Did someone write this flow off to "Swabbing or Ballooning"?

Did daily reports from the geologist on location indicate the presence of "background gas" in the wellbore?

Were the BOP's tested in accordance to law and functioning?

Simple safety processes are in place to prevent this accident.

2. If the hole is not taking fill, stop the trip and monitor the well for flow. If the well is flowing go back to bottom and circulate bottoms up and observe.

3. If you feel the well is ballooning you MUST take steps to insure it's not an influx of gas before tripping out of the hole

*Wellbore ballooning is a phenomenon in which fluids are lost to the rock during over-pressured operations, such as found in increased pressures from equivalent circulating density operations, and then flow back when pressure is reduced. This may be confused with a kick.

The phenomenon of 'Ballooning'  presents it's own set of issue. After experiencing this on several wells complacency could leave some to suspect that the hole not taking fill is simply 'ballooning' when in fact it proves to be a deadly influx of gas.

A thorough OSHA investigation is underway. Unfortunately these investigations can take a very long time while friends, family and co-workers wonder why. We will follow the investigation and make the results available when published.

A GoFundMe site has been set up for the families here as well as a t shirt fund raiser below.